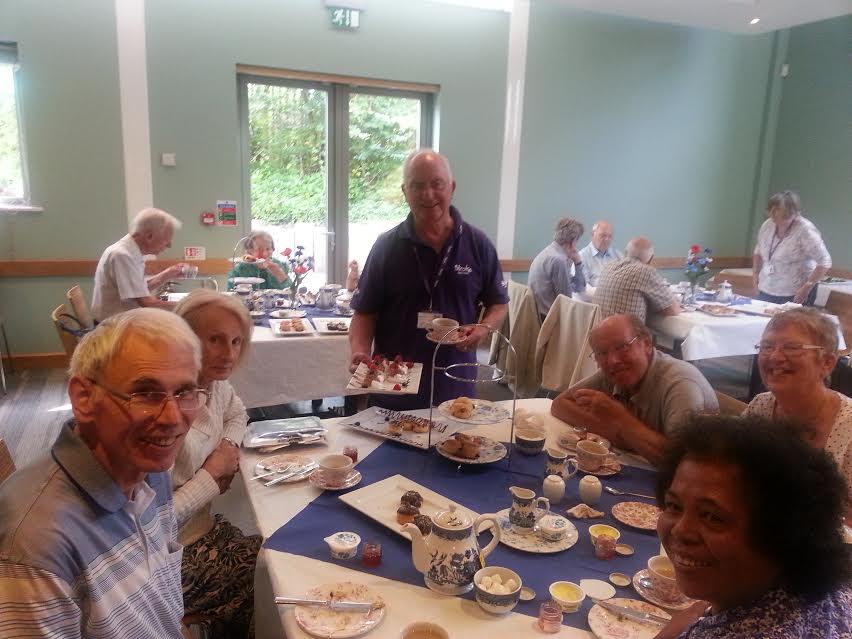 Stroke survivors, their carers and stroke volunteers enjoyed a lovely social afternoon at the Haskins Tea Rooms in West End, Southampton.  The ambience in the room was one of good humour and friendliness and it is evident that our group is developing a character of its own.
With plenty of fun and laughter, accompanied by an impressive array of sandwiches and cakes, it was good to see individuals engaged in the historical West Country debate over whether we first spread the jam and then cream on our scones, or the other way round. As we had attendees with both Devon and Cornish cultural knowledge, things did get a bit 'sticky' at some of the tables!
We were touched by the kind comment of one of the carers who told us that he hadn't seen his wife so animated in a very long time.
Many thanks to the organiser and the supporters who made this tea party event a reality.
Location:
Haskins
Mansbridge Rd, West End,
Southampton
Southampton
SO18 3HW
United Kingdom
Stroke Association website
Dovetail Centre (next to the Methodist Church)
Winchester Road
Chandlers Ford
Eastleigh
SO53 2GJ
United Kingdom