When someone has a stroke, the clock is ticking. With every minute that passes, more and more brain cells are lost.

Dr Grant Mair, funded by the Stroke Association, is doing some exciting research. He's testing a ‘clock tool’ for CT scans that will help doctors estimate when a patient’s stroke began. Knowing this information is vital because doctors could have the option of giving a thrombolysis, which must be administered within four-and-a-half hours of symptoms starting. While a thrombectomy – the surgical removal of a clot from an artery – must be done within six hours. Once that time has passed, the door to treatment could be closed.

You're helping researchers find life-changing solutions in stroke treatment, care and support services. Watch the video of Dr Grant Mair and stroke survivor, Annabel, and discover how the CT clock tool could change the lives of stroke survivors. It goes to show that, when stroke strikes, every second counts.

Annabel was in her third year of university when she had her stroke. She says, “it felt like someone had taken a hammer to my head, and I was so frightened.

“I kept telling the doctors a huge portion of my vision had gone. You can imagine my shock when I was told I’d had a stroke. I then had to make one of the worst calls you could ever make to your parents. They were devastated to hear the news. 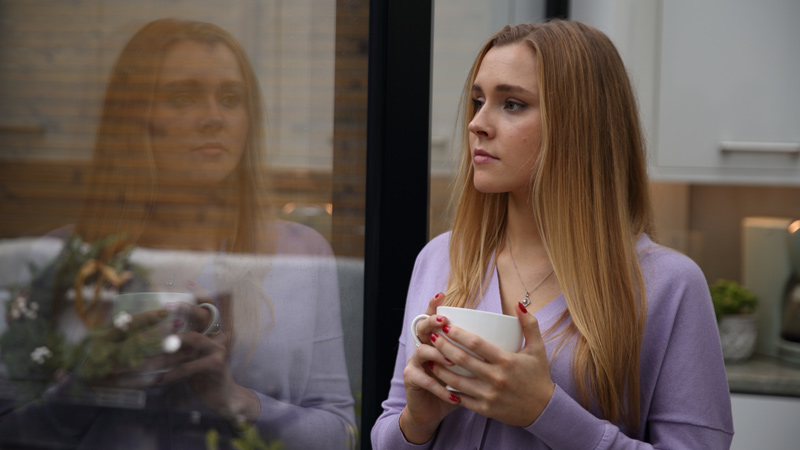 “Three years on, I know that had my stroke been identified earlier in hospital, I could have received thrombolysis – a treatment to dissolve the clot. And it’s why I hope you will support ground-breaking stroke research like Dr Mair’s today.

“My vision has improved since that terrible day, but I suffer badly from visual fatigue. These lasting effects of stroke made it really hard for me to study, but I was determined to get my degree. After a lot of hard work, my life is back on track and I’m now enjoying my first job.

"It’s so important that we develop ways to identify and treat stroke as soon as possible. Before lasting damage sets in. I’m living proof of that."