Dan Morgan's grandfather Clifford had a stroke three years ago. It opened Dan's eyes to the harsh impact a stroke can have not only on the survivor, but also on their family.

"Before my grandfather, I had known a few people who'd had strokes and fully recovered, but I hadn't realised how devastating it could be and how it puts everything on hold, especially for the relatives who spend their time helping."

Clifford was 79 when he had the first stroke and it was totally debilitating.

Dan recalled: "The stroke happened in the night: my nan noticed something wrong and called an ambulance straight away." 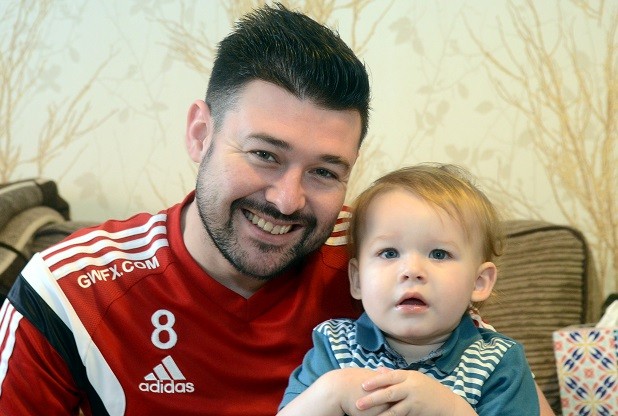 Clifford's first stroke was so serious his family thought they were going to lose him and the hospital recommended switching off the machines that were keeping him alive. Incredibly he began to breathe by himself and after a year in the hospital, he returned home. In that time, he had progressed from hardly being able to move, to sitting up to have a conversation, to starting to learn to walk again.

Sadly his achievements were followed by another tragedy. Clifford had a second stroke, sending him right back to the beginning of his recovery. He is now home again, but needs constant care, not only from Dan's nan but also from other members of the family.

Dan continued: "The Stroke Association were in touch as soon as he was in the hospital, and when he went home they helped with getting the downstairs re-arranged so that his bedroom could be downstairs. They helped with getting special chairs and a bed so he could be as comfortable as possible, and they visited the house to get everything sorted. They were brilliant — they made sure he got home had the support he needed."

To give something back for the support that his family has received, Dan wanted to raise funds and awareness about stroke and the Stroke Association. He wanted people to understand not only the true impact of a stroke, but also that if a stroke is spotted early enough and medical attention is received straight away, the damage can be limited.

Last year he arranged a very successful charity black tie ball which raised £2,100. It went so well he's decided to organise a second ball for Valentine's Day this year and it will be on February 27 in the Liberty Stadium.

He explained: "It's something a bit different — Valentine's Day is when people go out with their partner for food, but this is a way to keep celebrating later in February. It's a great excuse to get dressed up and enjoy some excellent entertainment."

The entertainment will include songs from Helen Fulthorpe from the X-Factor and gipsy swing music from Afternoon in Paris.

"They will get everyone dancing, and we'll have an auction and raffles; we've had lots of good things donated — a signed Manchester United top, signed Red Arrows posters, tickets to see Jeremy Kyle live and lots of other really good prizes. There will be constant entertainment and a hot food buffet."

Also in attendance will be a special teddy bear that Dan had made as part of his awareness-raising campaign. The bear is made from Stroke Association t-shirts that were leftover from the last ball he organised and he has been working hard to get photographs of the bear with as many famous people as possible. 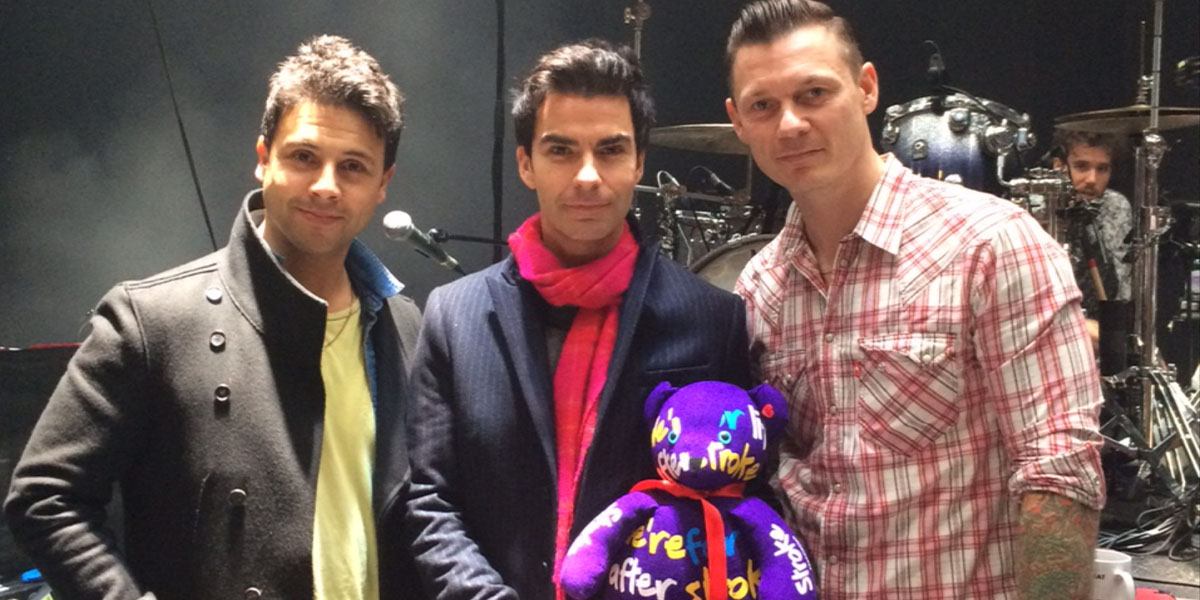 "So far the bear has been photographed with all the guys at The Wave, Kevin Johns, Alan Curtis, Bafétimbi Gomis and Jefferson Montero from the Swans, singer Ben Haenow, the Red Arrows and the Stereophonics. He is currently with South Wales Police, and is scheduled to go to a Welsh Army regiment, Breitling Wingwalkers, Pepper Pig World and Folly Farm."