Thanks to research, there are now treatments that stroke patients can receive in the hospital to stop damage to the brain caused by stroke. We also know much more about how we can best treat stroke patients at this crucial time to give them the best chance of rebuilding their life after stroke.

You can read about our research success in the stories below. 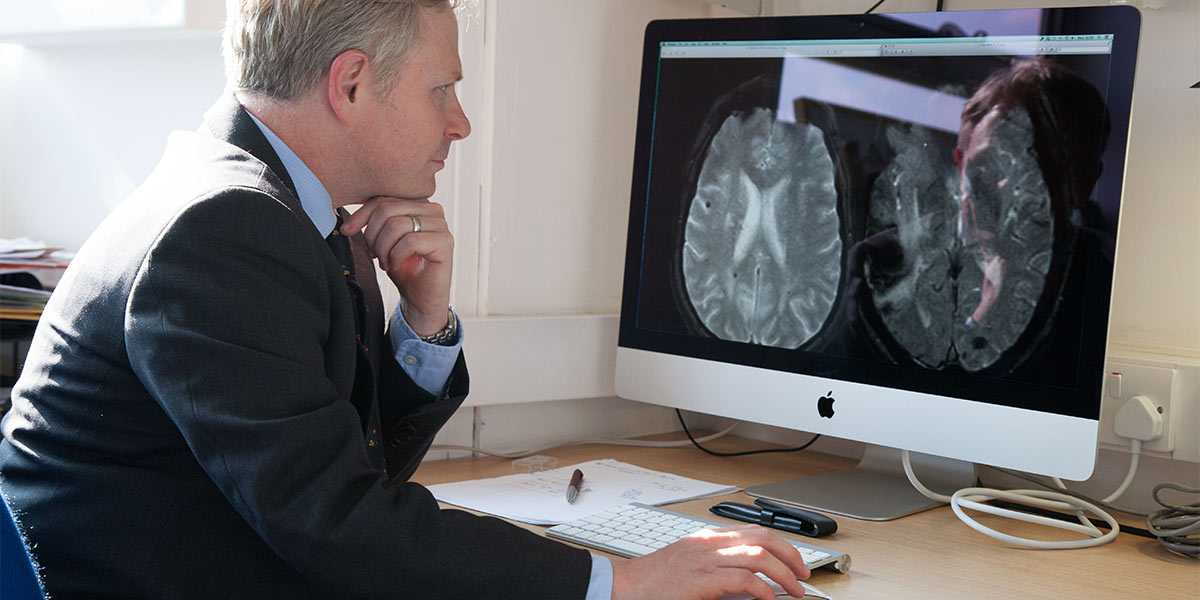 Stroke is caused when normal blood supply to the brain is cut off. More people are surviving stroke, and rebuilding their lives after stroke, than ever before thanks to emergency treatments that can restore blood flow to the brain.

85% of strokes are caused by a blood clot blockage, called ischaemic stroke. Stroke patients could now be treated with clot-busting drugs in thrombolysis, and thrombectomy, a surgery that physically removes blood clots to quickly reduce damage to the brain.

Our support helped get these treatments to patients in the UK.

However, not everyone who has had a stroke will be able to receive thrombolysis or thrombectomy. This can be for a number of reasons.

There are more than 100,000 strokes every year in the UK, it’s estimated that around 10% of these people are able to have a thrombectomy, where a blood clot is physically removed. Karen told us how the treatment made a huge difference to her rebuilding her life, she said: “I went from having no sight, no speech and no use all down my left side to making a complete recovery with just numbness in the tip of my left finger. The treatment truly is miraculous.”

Never a day goes by when I’m not grateful that, because of the treatment, I still lead a full and active life: not only the daily tasks such as being able to wash, dress, and clean but also to drive, cycle, swim and spend valuable quality time with family and friends as and when I choose. Occasionally I can marvel at simply just being able to wiggle my fingers and toes knowing that, without this procedure, life could be a very different story.”

Right now, there are not enough treatments for stroke, but our support for research continues to improve our understanding of stroke to uncover potential new therapies.

You can read about this work below.

Demystifying the causes of a stroke to find new treatments

We are yet to find really effective ways to stop bleeding in the brain during a haemorrhagic stroke. However, our continued support for research is taking us steps closer to finding out what could work.

We funded Professor David Werring and his team at University College London that are leading research to find out more about small sites of bleeding in the brain. Using innovative brain imaging, they’ve uncovered important knowledge about how these bleeds can trigger a stroke and how to stop this.

Professor Werring said, “Funding from the Stroke Association has allowed me to train as a research-active stroke neurologist, and to develop my own stroke research projects as a more senior researcher.”

To find new treatments, we need to better understand what goes wrong in the brain during a stroke and test how new treatments might work. We funded Dr Paul Kasher and his team at the University of Manchester who are leading research, using models of stroke in zebrafish so we can test new treatments.

Dr Kasher said: “This work allows us to explore what happens immediately after a bleed in the brain, during a time point that has been so notoriously hard to study.

We’re also using the zebrafish model to quickly test for drugs that can reduce damage to the brain following a bleed, and working closely with clinicians, like neurologists, to determine if any of them should be studied more closely in stroke patients.” 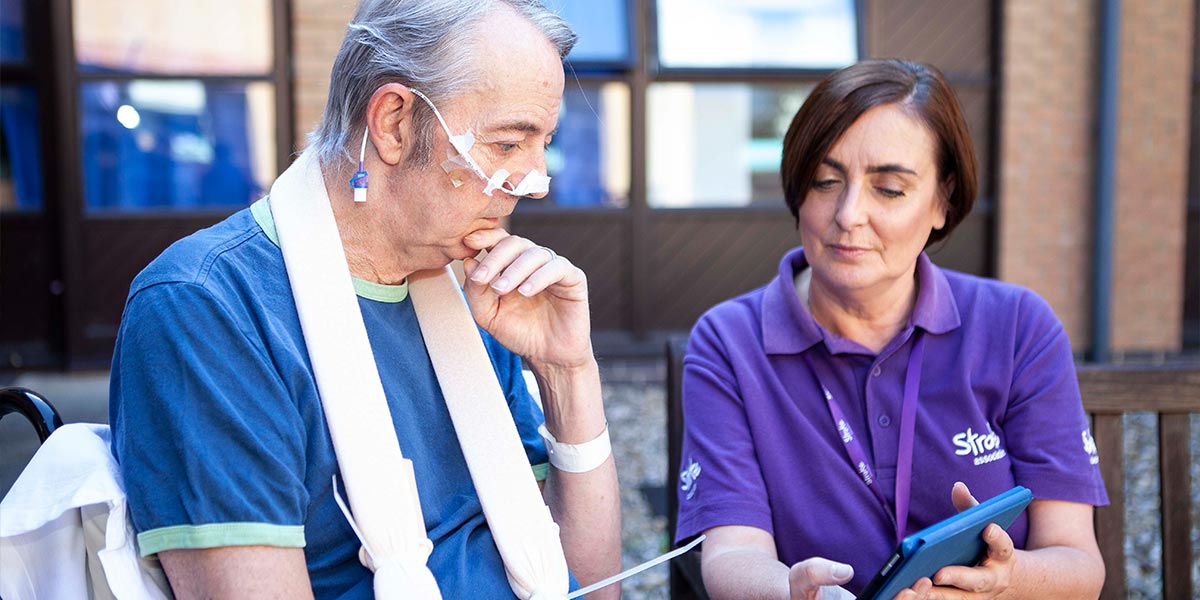 Each stroke is different and the amount of time someone stays in hospital varies from a few days to months. This initial phase of recovery is important and if not managed carefully, can cause more problems. Thanks to research, the care people get in the hospital has hugely improved.

You can find out how our research helped to answer fundamental questions below.

How can stroke survivors eat and drink in the days following their stroke?

It’s common for stroke survivors to have swallowing difficulties after a stroke. This can make eating, drinking and taking medications not only uncomfortable but also dangerous. They are at a higher risk of choking and serious chest infections.

Our research uncovered that swallowing difficulties were being managed incorrectly in almost half of all stroke patients and paved the way for new studies that changed how stroke survivors are assessed in hospital. It’s now recommended that stroke survivors have a swallow test within 4 hours of arriving at the hospital, whereas before they may have been waiting several days.

However, this was only the first step. We needed to know more about what to do for stroke survivors that couldn’t swallow properly. In 1996, we funded the first studies to find out. The Feed Or Ordinary Diet (FOOD) trial compared different types of alternate feeding methods and based on its results, medical guidelines in the UK and in many other countries recommend a type of feeding tube that is connected through the nose, rather than the abdomen.

We continue to fund research that can find the best ways to detect and treat swallowing problems after stroke, and you can read about this research here on our website.

What are the benefits of wearing compression stockings?

Thigh-length, elasticated stockings used to be put on stroke patients to try to stop blood clots forming in their legs, called Deep Vein Thrombosis (DVT). There was concern that the blood clots could potentially travel to their lungs or brain and cause serious complications.

However, there wasn’t enough evidence that the stockings were effective in preventing DVT and further stroke. Our research uncovered that, contrary to what was thought at the time, compression stockings didn’t offer any benefit at all.

Our early research in 1994 found no benefit of the stockings in preventing DVT and that the stockings were disliked by both patients and staff; they were uncomfortable to wear and incredibly time-consuming for nurses to put on their patients.

However, larger trials were needed to confirm these findings and we paved the way for a large, international trial that ran from 2001. It confirmed the results and led to widespread changes in treatment in the UK. This research has saved valuable time for nurses, money for the NHS and above all, made the hospital experience more comfortable for stroke survivors.

Emma told us first-hand why this research is important:

“When my mum had a stroke in 2008, elastic stockings were put on her legs in A&E. By the time she got to the ward, they were around her ankles and one of her feet was blue and cold. Pulling up the stockings was no use; they were too tight and just wouldn’t stay up. The skin on her legs became red and irritated but when I asked the nurses to remove the stockings, they refused -  claiming it was ‘protocol’ for stroke patients to wear them. If only this research was done earlier my mum could have been spared the discomfort. It really was the last thing we wanted to deal with on top of everything else.”

When should we encourage and support stroke survivors to get moving again?

Stroke often affects how someone can move. In first few days after stroke, it can be difficult to understand why someone is having difficulty moving, how long it might last, and what should be done to give them the best chance of reclaiming movement.

In 2010, we funded research in the UK looking to answer some of these questions. The ‘A Very Early Rehabilitation Trial’ (AVERT) has changed guidelines on how much physical movement stroke survivors in hospital should be supported to do and how soon after their stroke, which can give stroke survivors the best chance of rebuilding their mobility after stroke.

Getting people home to start their life after stroke 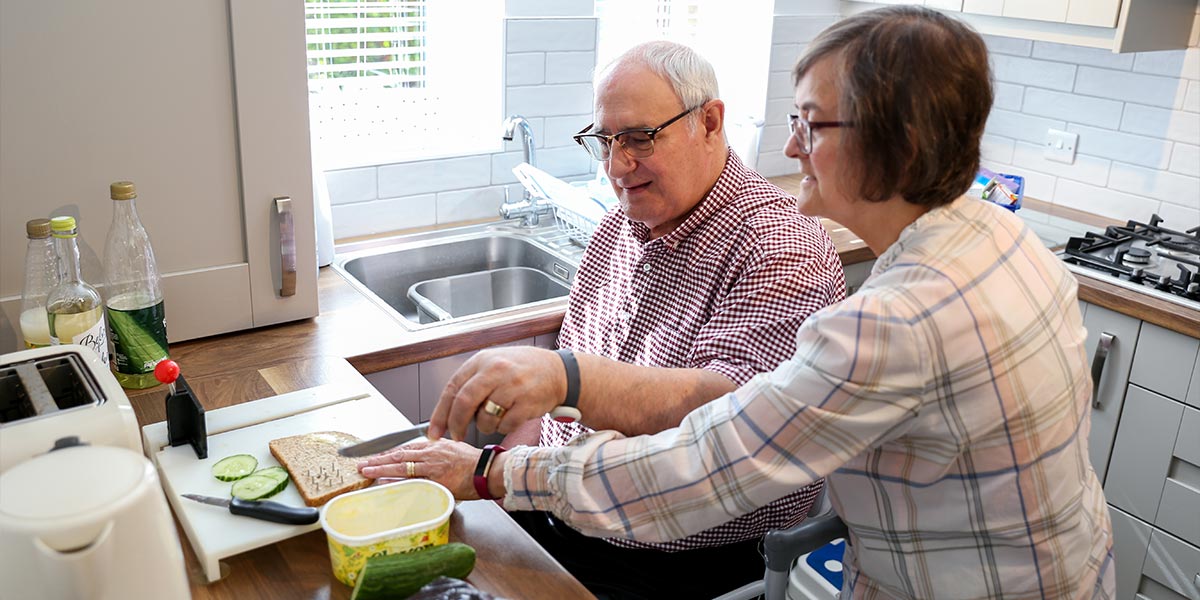 In 1994, we co-funded the first and largest trial of Early Supported Discharge (ESD). It profoundly changed the way stroke survivors are cared for in the UK.

ESD was a brand-new method of stroke care. It brings together professionals with a range of expertise, such as doctors, nurses and occupational therapists to plan individualised rehabilitation programmes that could be given at home, as soon as it was safe and appropriate.

At the time, stroke survivors were spending large amounts of time in a hospital bed. It was found that stroke survivors’ quality of life, recovery and satisfaction with their care was just as good, or even better with ESD.

Since the original trial published its results in 2000, the length of hospital stay for most stroke patients has decreased. This frees up stroke units in hospitals for people who need the most urgent care and has led to improvements in community services.

However, there is still work to do. Variation in the availability and quality of ESD and community support services in the UK means around 45% of stroke survivors feel abandoned when they leave the hospital. We continue to invest in research to find the most effective ways to get stroke survivors home safely and with the right support.

Unfortunately, not all stroke patients will be able to return home after their stroke. More people are surviving stroke than ever before, but its effects can be severe. About a quarter of people with stroke will live in care homes, and about 1 in 20 need end of life care. Our research changed recommendations for how these patients are cared for too.

We supported early research that showed occupational therapy could help people in care homes to live more independently, and national guidelines for stroke care now recommend specialist rehabilitation therapies be made available to all stroke survivors living in care homes. Further research is finding out exactly what benefit occupational therapy can bring to this group of stroke survivors.

Professor Catherine Sackley, who we funded to do this research that has changed care for those most severely affected by stroke, said: “I feel the research grant the Stroke Association awarded me more than a decade ago has put occupational therapy for stroke survivors in care homes on the map.”

The sudden damage caused by a stroke can be severe and some may require end of life care. It’s recommended that those affected by stroke should have access to end of life care services, and our support for research helped establish evidence for the needs of stroke patients and their loved ones that underpin this recommendation.