Our partnerships in research

Our research partnerships aim to increase the amount of money spent on, and raise the profile of, stroke research.

You can find out more about our partnerships in research below.

A stroke is a brain attack. It happens when the blood supply is cut off, which stops oxygen from being delivered to the brain. Strokes can be caused by a blockage of or bleeding in the blood vessels carrying blood to the brain.

A healthy heart and system of blood vessels are vital to prevent and recover from a stroke. For over 10 years, we’ve joined forces in research with the BHF, a charity that funds research into heart and circulatory diseases. We’ve worked with them to learn more about problems with the body’s blood vessel system, and how they’re linked to stroke and other conditions that affect the brain.

Our research story: A search for new medications to manage blood pressure 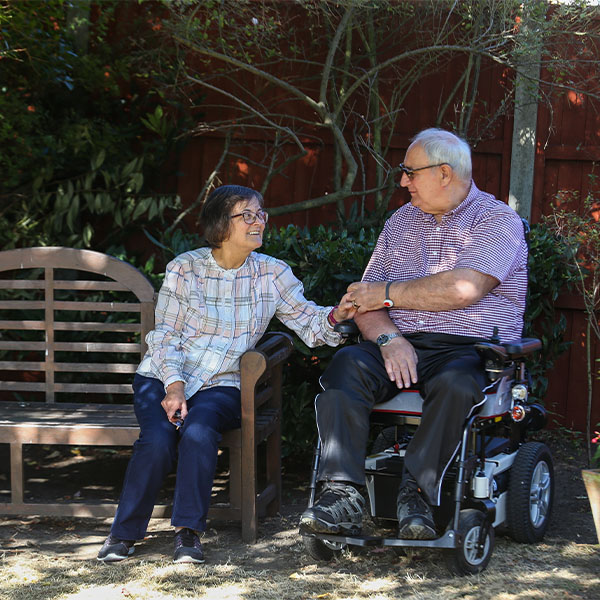 In 2012, we funded research with the BHF to answer some key questions around how to help people avoid the life-shattering effects of stroke.

Having high blood pressure increases the risk of stroke. But this can be managed with the right medication and healthy habits.

Stroke survivors, and people who have had a transient ischemic attack (TIA – sometimes called a ‘mini-stroke’), have a higher risk of stroke. So, it’s even more important that their blood pressure is managed correctly.

But, researchers found that patients who had more frequent changes in blood pressure in the first few days after stroke were also more likely to die or be left with severe disability after their stroke. So they set out to test if two different medications that can affect blood pressure could help.

They found that participants stuck to the treatment and the medications didn’t cause harm. However, the researchers struggled to find enough people to take part in the study. This meant that they couldn’t tell whether the medications helped to keep blood pressure steady after stroke or TIA, as they didn’t have enough data.

While this isn’t what the researchers had hoped, it’s an important finding as it guides how future trials are done and can stop other researchers from having the same problem. The study also highlights the need for more research to find the best ways to manage blood pressure after stroke. 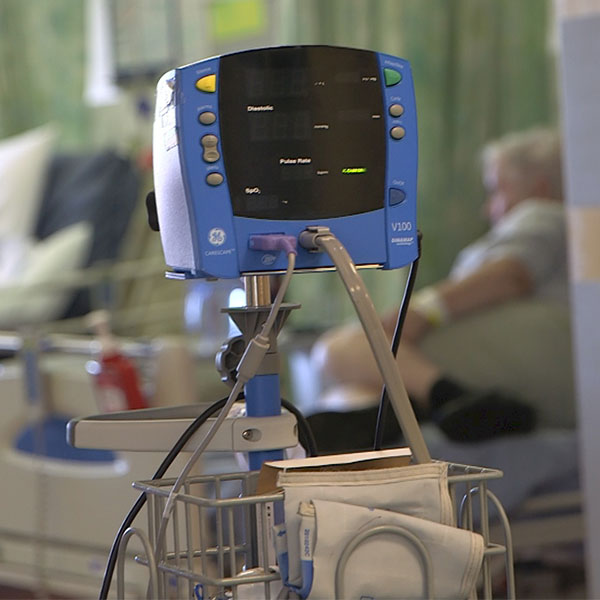 The MRC is an independent, publicly funded organisation that funds research to improve health in the UK. Since 2009, we’ve worked with them to jointly fund medical professionals to gain stroke research experience. They can then go on to have both a clinical and research career.

In 2018, we started funding Dr Yige Huang, from the University of Oxford, to investigate a new way to improve emergency stroke treatment. They told us that:

“Emergency treatments, like the clot-busting drugs used in thrombolysis and physical removal of blood clots in thrombectomy, has dramatically reduced death and disability from stroke.

But some people won’t be able to receive these treatments, so we need to find more ways to treat stroke in the minutes and hours after stroke.

Lowering body temperature and the speed at which the body uses energy is a possible treatment to slow the damage to the brain during and immediately after stroke. But, right now, we don’t know how or if a drug could do this. In a series of different experiments, I aim to answer core questions that can lay the foundation for a new emergency treatment for stroke.”

Dr Huang is interested in Torpor, a natural hibernation-like state. During Torpor, body temperature drops and scientists think this could help to slow down the damage caused in the brain by a stroke.

Research suggests that about a third of stroke survivors will go on to develop some form of dementia within five years of their stroke. Dementia, like stroke, is a disease of the brain, and there are different types. A majority of post-stroke dementia cases are thought to be vascular dementia. This type of dementia is caused by problems with blood supply in the brain. Right now, we don’t know what causes it, who is most likely to develop it, or how to treat it. The Alzheimer’s Society is a charity that supports research into dementia and we’ve joined forces with them to find out more about dementia after stroke.

You can find our projects funded in partnership with the Alzheimer's Society here on our webpage about our Priority Programme Award funding scheme.

As well as doing research, many stroke researchers are also medical professionals and work directly with people affected by stroke. Known as ‘clinical academics’, they have clinical experience from a range of professions, from doctors to physiotherapists, and paramedics to occupational therapists. This is vital to support the complex needs of people affected by stroke.

Neurologists help diagnose and manage treatment for stroke patients as they have expertise in conditions of the brain and nervous system.

The Association of British Neurologists is the professional organisation in the UK that supports neurologists and neuroscience research. In 2018, we jointly funded medical professionals to build their experience in stroke research, so they can go on to pursue combined careers in medicine and research.

Stroke research is underfunded in relation to its devastating effects on people’s lives, and in comparison to other conditions like cancer. There are not enough people working in stroke research so it is taking longer to improve treatment and care for those affected.

The NIHR is the UK’s largest funder of health and care research. We’ve joined together to support stroke research leaders of the future by funding healthcare professionals to build their experience in stroke research. The funding we’re jointly providing is giving these future researchers time away from their clinical commitments to focus on developing their research skills and putting together applications for funding to progress their research careers in future.

“In my work with stroke survivors as a specialist occupation therapist, I have seen first-hand the hidden effects of stroke, like changes in memory, thinking, and emotions. As these effects can be harder to see, it’s also harder for people to get the help they need.

I plan to look at the research evidence, and work with those affected by stroke, and health and social care professionals to find out what processes and services can best help people get the support they need”

Many stroke survivors have problems with their vision after a stroke. This can have a huge impact on their everyday life, affecting their independence, their ability to walk and drive, and their quality of life.

We know that people affected by stroke want more research into vision problems after stroke. That’s why we’ve partnered with Fight for Sight, a charity that funds research to stop sight loss, to better understand sight loss associated with stroke.

You can find out about Dr Fiona Rowe's research funded in partnership here on our research project webpage.

It takes time for people to rebuild their lives after stroke, and right now – there’s a lack of much-needed longer-term support for people affected by stroke. 45% of stroke survivors have told us they feel abandoned when they leave the hospital and there’s even less support for their family and friends. That’s why we’ve partnered with MedCity, to support collaborative teams of stroke researchers and small and medium-sized enterprises (SMEs), working to find new ways to help people rebuild their lives after stroke.

You can find out about these research projects supporting SMEs and academics to work together to improve technologies that can help with treatment and support for people affected by a stroke on the web pages below:

Improving technology that can measure movement for use in stroke rehabilitation 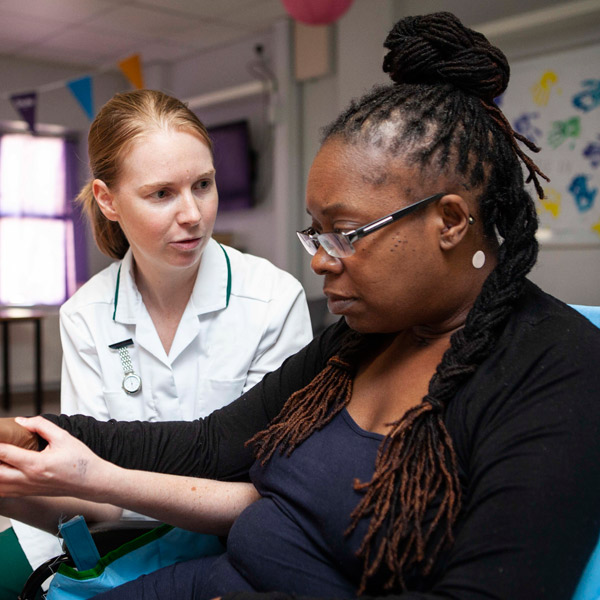 “This programme plugs a gap where there is real difficulty in clinical medicine. In the junior years, there are lots of opportunities for academic training and then there are Professorships later in your career. In the middle years, there is very little available - there is no way to progress your career from junior research to professor, and clinicians end up going back to full-time clinical work as this is the only choice they have.”