The Stroke Association's Keynote Lecture is a prestigious event that showcases the latest advancements being made in stroke research.

Professor Wardlaw’s full presentation is available to watch on YouTube:

Following the Keynote Lecture, the Stroke Association proudly presented this year's seven awarded positions from across our portfolio of awards.

Professor Sir Mark Walport, Government Chief Scientific Adviser (GCSA) and Head of the Government Office for Science presented the awards on behalf of the Stroke Association.

Lady Estelle Wolfson joined Sir Mark on stage to present certificates to each recipient on behalf of the funders of the awards. The Lord Leonard and Lady Estelle Wolfson Foundation has generously funded our Priority Programme Award (in haemorrhagic stroke), awarded to Professor David Werring, University College London.

We were delighted to announce the following award winners. Please follow the links for further detail on each award winner's research: 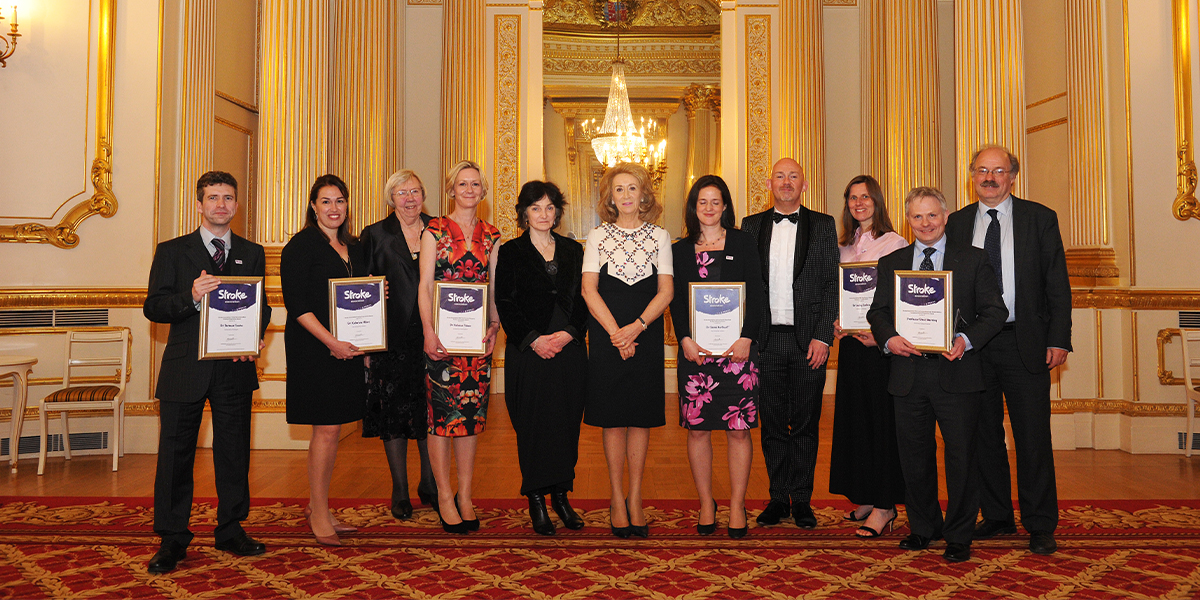 The Princess Margaret Fund for Stroke Research provides a unique opportunity for philanthropists who care about stroke to invest in areas of stroke research that have the greatest potential to change our understanding of this disease and develop new life-saving treatments.

Back To Research News and Events