A powerful voice for stroke survivors

Stroke survivors and carers play a vital role in making sure governments and health decision-makers are prioritising what matters to them and their communities. We call this “involvement” – people with lived experience helping to shape decisions that affect them at a local or national level.

Involvement comes in many shapes and sizes, from sitting on your local hospital boards to responding to local and national consultations on key issues. Within the NHS, it’s often referred to as Patient and Public Involvement (PPI). 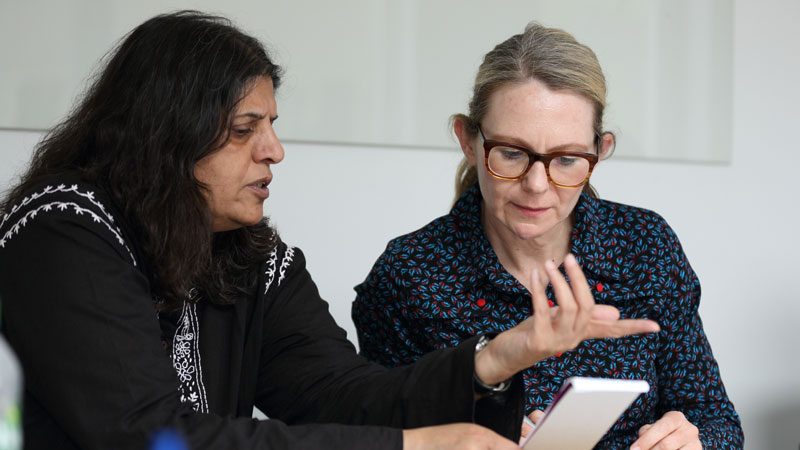 Jean Sherrington, 76 from Blackpool, became an advocate for people affected by stroke after her daughter Paula had a stroke in 2009.

“While Paula was well cared for in hospital, I could see there were many small things that could and should be improved.

“Following her discharge to her own home, everything she needed to access become a fight. Therapy, equipment, care plans, all brought problems.

“I was her voice and used it to ensure that doors were opened. However, those who didn’t have someone to provide that voice would be struggling for services they needed.”

Jean was invited by Lancashire and South Cumbria NHS Foundation Trust to be part of its newly formed Stroke Improvement Board, ensuring stroke survivors have a say in the development of services and treatments. She’s now a Patient and Public Voice Representative in the Trust’s Integrated Stroke Delivery Network (ISDN). The ISDN aims to provide a joined-up approach to stroke care, from emergency treatment to long-term community support.

You don’t need a medical background to make an important contribution to stroke care. “We’re all ‘experts by experience’,” says Jean, who had two strokes herself in 2011 and 2013. “What we share is a passion to see stroke treatment and care working well for everyone who is affected by stroke.

“People affected by stroke can bring insight that others don’t have. Now their voices are not just heard but listened to and regarded as important when making decisions! That is wonderful. The impact of our voices will ensure the very best treatment and care for us all.”

To find out how you can get involved in PPI, contact our Campaigns Team.