Returning to work after stroke

“It was a major relief to return to work.” 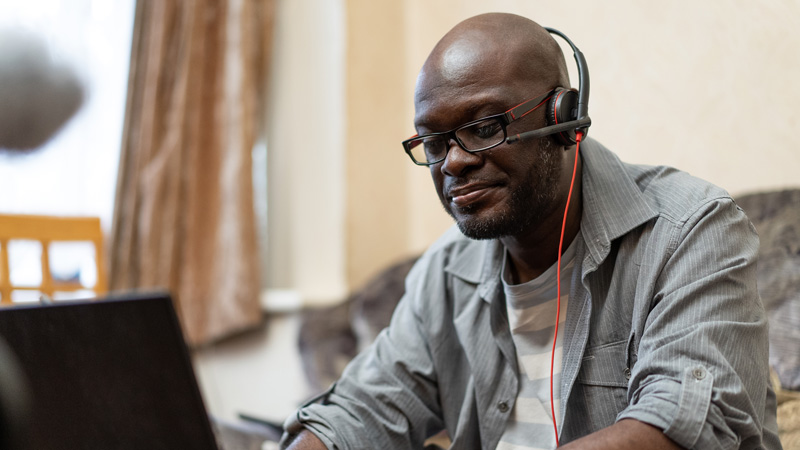 One in four strokes in the UK happen to people of working age. Going back to work after a stroke can feel daunting, but planning ahead and getting the right support can make all the difference.

For Roger Raymond, 48 from Croydon, returning to his career in public affairs was a huge step after a stroke in 2018 left him unable to speak or write properly.

“I was always good at communicating,” he says. “My stroke left me unable to speak properly. The impact of that was just so huge. I went from drafting ministers’ letters and policy reports to not being able to write. It was a huge sense of loss.”

The stroke had damaged the part of Roger’s brain that controls speech, causing a communication difficulty known as aphasia.

“The Stroke Association guided me through the hardest of times,” he says. “I went through seven months of speech and language therapy. With the support of Jack, my Stroke Association Support Coordinator, my speech began coming back quicker than I expected.

“As my speech returned, I was able to start applying for jobs. And after two interviews I was offered a job in the policy team at an East London local authority.”

With support from his employer, Roger is thriving in his new role.

“To be able to return to work was a major relief. I’m supported by my manager and colleagues, who proofread my work and help me manage committee meetings. This has allowed me to perform in my role to a high standard,” he explains. “Most people don’t realise I’ve had a stroke – they say I just sound like I have a slight stutter.

“It’s really important for employers to be aware of the non-physical complications caused by a stroke, like aphasia, as well as the physical ones, so they can support stroke survivors to return to work.”

Planning your return to work

Get more information about returning to work after stroke.

This article is featured in the spring 2022 edition of our magazine, Stroke News. Subscribe to our future editions available in print, on audio CD, or via email.