Without stroke research, I may not be here

When dad-of-three Ronnie had a stroke on Christmas Eve 2018, he thought it was the end. But thanks to stroke research, a “miraculous” emergency treatment meant he was able to rebuild his life.

“I was on a treadmill at the gym and I started getting a pain about an inch above my right eye and then became quite confused and disorientated,” says Ronnie. “It turned out I was having a stroke.

“I was losing more and more of the feeling on my left side. I absolutely felt like I was dying. I was making peace with that, and I chose to die peacefully.”

Ronnie was rushed to his local hospital in Lincoln, then transferred to Nottingham for a thrombectomy, a groundbreaking treatment which involves mechanically removing the clot from the brain. 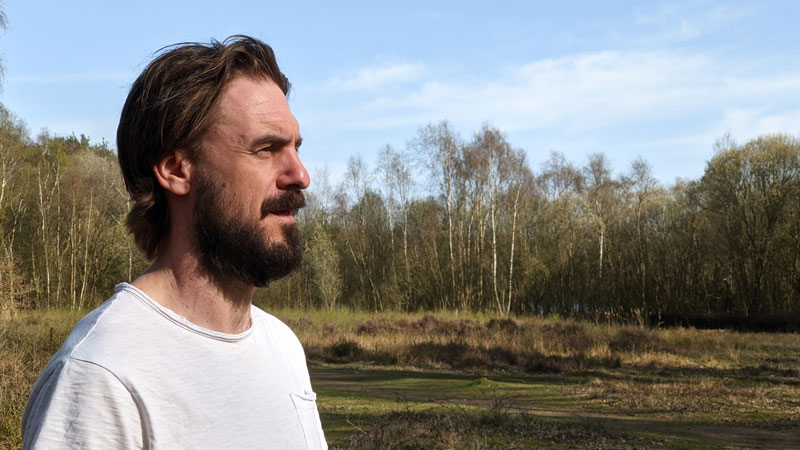 “The thrombectomy was miraculous. It’s a very surreal, frightening experience but at the same time quite a special feeling to go in there paralysed on my entire left side, and then during the operation feel that come back to me, and leave the operating table fully able to move my left side within a matter of 20 minutes.

“The doctor told me that without the thrombectomy I could have died, and I almost certainly would have been left paralysed. “

“It felt like I’d been given a second chance to live and see my children grow up. To play with my children, to carry on running and enjoying the great outdoors. It’s enabled me to become reinspired by life and how special it is.

“It’s tragic that not everyone who needs a thrombectomy can have one. We need more emergency treatments for stroke.”

The Stroke Association has invested more than £56 million in stroke research projects over the last 30 years, including the pioneering study by Professor Keith Muir at the University of Glasgow, which supported the introduction of thrombectomy in the UK in 2016. But with the pandemic hitting our funds hard, stroke research is at risk.

Ronnie says: “Research into new stroke treatments has just been life-changing for me. Without it, it would have been a completely different outcome.”

Why doesn’t everyone get thrombectomy?

Thrombectomy removes the clot from the brain using a mechanical device. It can reduce the brain damage and greatly increases stroke survivors’ chances of being able to make a better recovery.

Not everyone who has a stroke can have a thrombectomy.

For example they must:

Around 9,000 stroke patients across the UK could benefit each year. We still need new treatments to make sure more people survive stroke and go on to lead the best life they can. This means we need research.

Learn more about thrombectomy and how you can help us save research and rebuild lives after stroke.