Ethan Hoyle, 18 from London, was a toddler when his stroke changed the lives of his whole family in an instant. Now he’s using his experiences to help other families rebuild their lives after stroke.

“I was only 15 months old when I had my stroke, so I don’t remember it. But my mum says we were enjoying a sunny day out when I started crying and just wouldn’t stop. She thought I had probably got too hot and tired so she took me home and put me to bed. The next morning my left side was drooping and my parents took me to A&E. I was rushed by ambulance to Great Ormond Street Hospital where I spent a week.

“After my stroke I couldn’t even sit up, and I stopped talking for several months. Even after lots of physio and daily exercises with my mum, I still couldn’t fully use my left hand or leg. 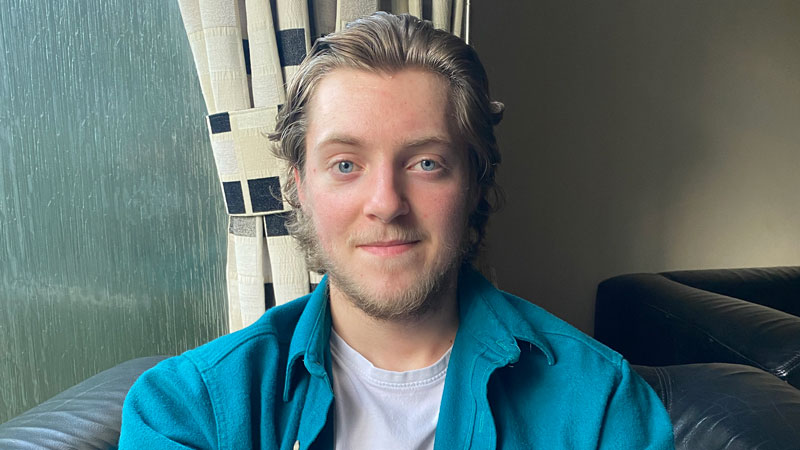 “The stroke had a significant impact on all my family. At school I found it difficult to join in because I couldn’t play football. I also had a lot of emotional issues. I was frustrated at being different which resulted in frequent outbursts of anger.

“Over time I grew to understand that I was still capable of all things my peers could do but that it may just take me longer and need adaptation. The main challenges for me were simple things easily taken for granted, for example learning to tie my shoelaces, buttoning a shirt, riding a bike or even using cutlery.

“There is definitely a misconception that strokes only happen to older people when in reality one in four strokes happen to people under 65. I walk with a limp and people tend to ask what caused it. I think most expect me to say a bad tackle while playing football or an accident, and they’re quite taken aback when I mention my stroke.

“I’ve just finished my A levels and I’m hoping to study history at university. I wanted to become an Ambassador for the Stroke Association to help raise awareness of childhood stroke. By sharing my own experiences I aim to help other families through this stressful period and give young stroke survivors hope for the future.”

Explore how you can give your time or share your experiences to help us rebuild lives after stroke.