Arlena Schefele, 27, is running the Virgin Money London Marathon on Sunday 3 October 2021 in memory of her nan.

In November 2011, 72-year-old Ursula had a severe stroke. Her family found her on the bathroom floor, where she had been lying for around six hours.

“At first, it was touch and go as to whether she would survive as she had also caught pneumonia,” remembers Arlena.

Ursula spent six weeks in hospital and was later moved to a rehabilitation centre for a further two months. 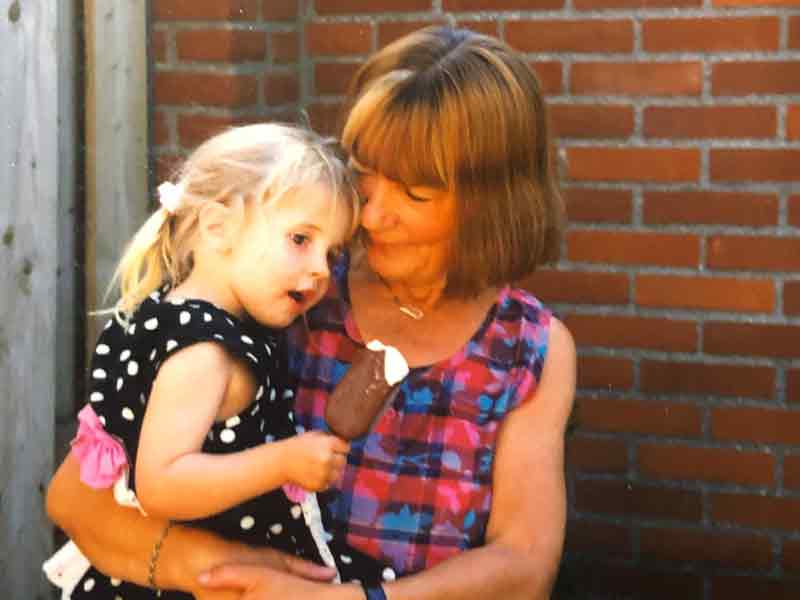 “It was a very hard time for the family as it was over Christmas and New Year,” continues Arlena. “But she was getting stronger every day, so we knew it was the best place for her.

“When she came home, life was very different. Many things in the house had to be adapted and she was wheelchair-bound.

“She coped very well, and with her upbeat personality she was happy and laughing and very rarely complained.”

Ursula was determined to be as independent as possible and only relied on carers and family for the necessities: to dress her, take her to the toilet and put her to bed.

She had physio twice a week and was given exercises to continue at home.

Arlena says: “The fact that nan had exercises gave her hope that one day she could walk again. She made progress, but unfortunately was never able to walk unattended.”

In March 2014, Ursula had a fall and broke her hip. Around the same time, she started to suffer with dementia and very slowly deteriorated.

Arlena says: “Nobody in our family had experienced anyone having a stroke and did not realise the impact it would have.

“I decided to run the marathon to raise both money and awareness for the Stroke Association. This is a charity very close to my heart and I will now be running in memory of my lovely nan.”

To find out more about Arlena’s story and to donate, please visit Arlena's JustGiving page.